Get the latest news straight to your inbox! Sign up to our newsletter today! 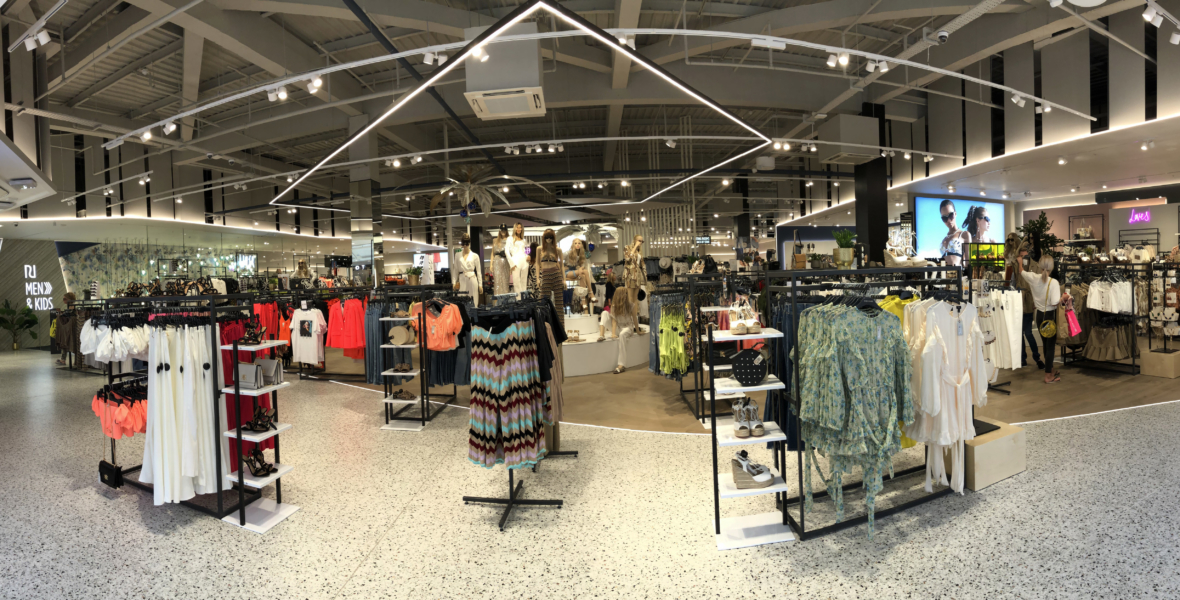 We recently worked with our long-standing friends at River Island on the retail lighting for their new flagship store at intu Lakeside. The store had doubled the size of its previous store, it was clear that the store and lighting design was to be something spectacular.

The Lakeside store was set to be a completely new concept in both store design and the retail lighting design. The Prolight Team worked closely with River Island to create something fresh and exciting. In fact, we had worked on the lighting schemes for this store since 2017, with 23 revisions, which equated to 150 hours worth of design work!

The lighting design for this store featured the debut of lots of concepts never before seen in a River Island store. Such as, positioning the track lighting horizontally as opposed to vertically, meaning that they blend into the ceiling and aren’t as noticeable. Additionally, the store debuted our Twin Tone track light with a colour rendering of 90, that has the driver inside the track adapter, removing the box to the side which produces a sleek finish.

Another focal point is the pin raft that sits above the shoe area, the cluster positioning of the lights create a starburst effect, ideal for creating something unusual and eye-catching to entice customers to explore the area. For the entrance to the store, we developed an IP67 rated floor LED system that was recessed into the entranceway to the store. The recessed linear floor lighting acted as a division between the wooden and terrazzo pattern floor.  Another element was the 76 individually placed blue glass globe pendants, suspended above the escalators.

River Island’s store lighting is at a unique 3500K colour temperature, unusual for retail lighting, but we developed this option to suit their requirements. Our bespoke led linear luminaires made an appearance in the form of an anodised black 3500k 29m 5-sided shape, creating a focal point in the entrance to the store, that you can follow whilst you browse.

As with all new flagship River Island store openings, the Prolight team went to commission the lighting in conjunction with the River Island and Visual Merchandising team to ensure everything was lit perfectly. As with previous flagship stores, elements from this store will be rolled out into other stores in the coming months- we can’t wait to share more.

Take a look inside the new flagship store for River Island at intu Lakeside in Essex: 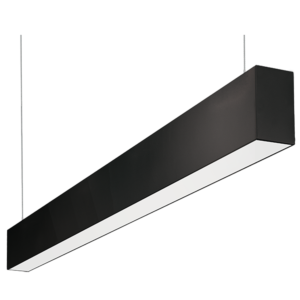 Crafted in-house, versatile and fulfils even the most ambitious design briefs.

Crafted in-house, our Tron LED Linear is a truly versatile system that can fulfil even the most demanding of design briefs.

Adding visual interest and creating a talking point, bespoke shapes such as triangles, circles or even abstract scattered suspended luminaires, there is something for every space big or small.

Can be suspended, surface mounted or recessed in a variety of finishes to suit bespoke requirements.

Learn more about our Linear Luminaires 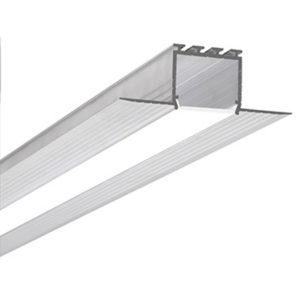 The Recessed LED channel is a truly versatile product.

Cut to length in-house, our LED channel is a truly versatile group of products that can fulfil even the most demanding of design briefs.

Adding visual interest and creating a talking point, bespoke shapes such as suspended pendants, triangles or even abstract decorative luminaires, there is something for every space big or small.

With so many various widths and heights available please do get in touch to discuss your requirements.

Any cookies that may not be particularly necessary for the website to function and is used specifically to collect user personal data via analytics, ads, other embedded contents are termed as non-necessary cookies. It is mandatory to procure user consent prior to running these cookies on your website.